Tracy leads Worldpay’s hypergrowth geo expansion organization. In her first year, she has expanded the team into 13 countries. Her remit covers the Country Leaders and commercial teams in Germany, France, Spain, Italy, the Nordics, UAE and South Africa.

Prior to FIS, Tracy was formerly the Vice President for VISA’s CyberSource division covering all of North America.  She was responsible for the merchant revenue at VISA, a $350M P&L and over 300 employees.  She also led the Visa Threat Intelligence, cybersecurity sales team.  Tracy also served as Senior Director of Sales for Equinix, a data center and infrastructure company. There she successfully led the team to achieve 247% to plan, receiving both the President's Club Award and the Top 5% Platinum Club Recognition. 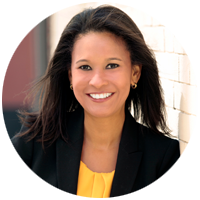